3 Ways to Exploit the Lead Generation Gold Mine 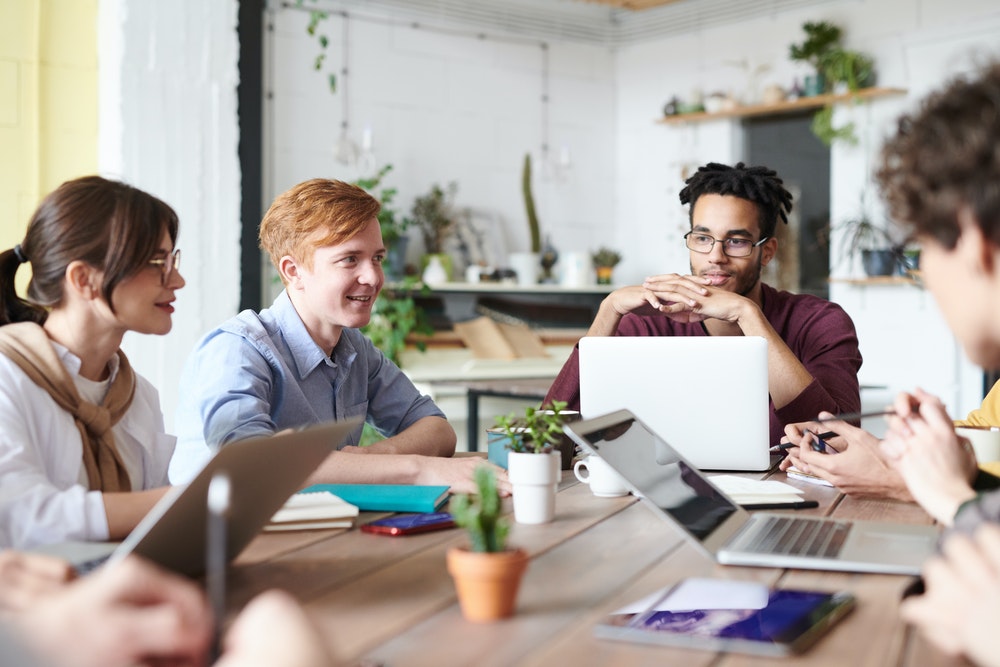 In this article, I’ll take you through three proven methods to exploit your leads for better sales results.

I have been as guilty as anyone of using the “scatter gun” approach to lead generation and who could blame me. My business had no vertical market. For me any business could be a potential client so who do I aim at? However that really doesn’t matter as narrow targeting still works wonders no matter how broad your potential market is.

Back to my theme which is based on a true story. It contains many lead generation techniques, principles and ideas for you to adapt they are revealed within the framework of a story. As I said a true story that took place about four years ago.

As I said the story line is absolutely true and it is contained in the italic print. The ordinary, non-italic, print is an explanation of the underlying sales psychology of the story.

Anyone can use these techniques with a bit of effort you can adapt them to your own business and situation.

You have the choice either to read the story first and try to come to your own conclusions about the under lying techniques or, simply, read from start to finish taking in everything. I hope you enjoy it and that it sparks some new ideas that will help. So have fun.

A sunny day and not a sale in sight

There I was, the middle of a hot June ( yes we did have one) sitting on the garden swing watching the world go by. after a long bout of sunning myself I decided to wonder in to the house.

On my way in I could hear my wife in the front garden talking to some one. It sounded like a man. I didn’t bother I just waked into the lounge and sat down.

I could make out the sound of talking however it was too distant for me to determine what was being said. Finally, curiosity got the better of me and I wondered toward the front door.

Is a “Six-Pack” necessary

As I approached the door I could see a young man, tall slim, with his shirt open and sporting a six-pack to die for ( and I don’t mean of lager).

As I neared the door he spotted me and frowned slightly ” Mr Gregory” he said ” err yes I replied”.

” hi I’m Dec, …I was just talking to Mrs Gregory about your drive”

Here I must stress that my drive, like the house was somewhere around thirty years old and whilst it was adequate it wasn’t pretty. Despite it’s somewhat dilapidated condition I had never given any serious thought to getting it relayed.

“yes Mr Gregory. I’m from ABC driveways. Have you seen our signs around the estate, we are doing a lot of drives in the area”

I couldn’t deny that I had.There were several houses on each road all with the ABC sign on the end of the drive and in various states of being re-laid with block paving.

“I was just explaining to your wife that because we are doing so many in the area we can do yours for a lot less than you would normally pay” he pauses briefly ” your neighbour a few doors up ( it was quite a few ) Mrs Riley has had hers done , why don’t you go up and take a look – maybe even ask her what she thinks.”

Never buy from strangers at the door

The young man was refreshingly natural and with a gentle Irish lilt to his voice he was certainly easy to listen to. I was not, however, going to buy something that I didn’t want. Certainly not from a guy I didn’t know , sporting a body that my wife would die to find I had suddenly developed overnight, and who was now standing at my front door.

I have years of sales experience and no one gets past me. I ‘m sure that we have all heard the old story line that goes ” We are working round the corner, doing a large drive, and have just enough left to do yours for a knock down price.”

Well I’m not falling for that old potato. ” sorry mate I said we’ve no money for this sort of thing, there are more pressing things to be paid for”

“OK ” he’s said ” I’ll leave you to it, however can I just ask that you have a look round and see the work that we are doing. Maybe even speak to someone you know who has chosen to have their drive block paved by ABC.”

The young man seemed happy enough to wonder off, unsuccessful and I felt a slight glow of victory. That showed him.

He’d gone, I’d won. However I was to find out I had only won round one.

Did you spot – Sales point number one

Shirt open, working trousers, six-pack showing, soft accent is this what we expect from a sales person.

Even the muscles and six-pack told ne that this young man was a grafter and that he was probably prepared to graft for me.

I don’t know about you however I think it was spot on. Had he turned up wearing a suite and looking somewhat uncomfortable and then told me he was a block paving expert I probably wouldn’t have believed him.

Dressing for sales is so important however the aim is to look the part. If you are a gardener it’s fine to call on people looking as though you have been working.

It is the first thing potential clients ar aware of – mistakes here can slam the lid on exploiting a potential lead.

If you are going into a professional office or large corporate company then a suite and tie is – de rigueure.

You owe it to yourself. if you were to visit a financier who works in a smart suit everyday you would feel disadvantaged and less than equal in jeans and a tee-shirt. Your confidence and morale are vital when selling and they come as much from feeling comfortable as from within.

What’s in a name?

Just about everything and Dec had this little technique off to perfection.

I found out later that he had asked my wife her name and when he saw me he quickly determined that I was her husband. Having found this out he used it, not with undue familiarity however carefully.He avoided at least one potential disaster and created a good impression.

I can remember one person who created a first impression that was anything however good. It was a police officer who called to ask about the welfare of an elderly neighbour. He spoke to my wife and then when I appeared at the door he said ” hello sir, I’ve just been talking to your daughter, could you spare me a few minutes”

OK I’m ten years older than my wife however can you imagine had he been a salesman, rather than a young officer, you wouldn’t have been able to see his arse for dust.

Memory not so good?

Years ago I was taught to remember people’s names and to use them often however I have a bad memory for names and have struggled. I don’t know if Dec had a naturally good memory or if he used tricks. In the same way that I don’t know if he was that most searched for item – a natural salesman, or if he was highly trained and trained to make it look totally natural. Which ever it was it impressed the hell out of this old sales-guy.

If you know who you are going to see try to remember their name whist driving to meet them or write it on a card that can be slipped into a convenient pocket and looked at craftily.

I have always found that the best technique is to use a person’s name as soon as possible and as often as possible. This often helps you to remember the name for a long time, it worked for me.

You will find this cropping up again and again.

This is the last of the techniques and the most important in many ways.

There is no point spending hours on lead generation if you are not sure that you are researching in the right area.

Dec had chosen to hit the estate where I lived and hit it hard. I have often asked myself why this location? And I can only conclude that it was the result of careful research.

ABC were based in Stafford, which is 50 kilometres away from where I live, so we were not just on the door step.

I am pretty certain that they had searched for a private estate, approx 40 years old ( so that the original drives were getting past their best ), however how many they had considered before deciding I have no idea.

I had originally thought that a lack of competition could have played a part, however that is not so there are quite a few block pavers in our area.

That brings me to another point. By attacking the estate ABC won well over a hundred jobs in an area where local companies offering the same service had not done more than a dozen in the last three years.

What can we all learn from this. Whilst I am often tempted to take one-off jobs I never tire of searching for that magical connection that will open up a nest of potential clients.

In your business it could be a geographical area, a product, a new service, a new vertical market or whatever. The main thing is to examine every opportunity that you uncover to see if it is the gate behind which great prosperity is hiding.

Economies of Scale and other Benefits

I f, like me you are wondering why didn’t the local pavers exhaust this goldmine before the outsiders arrived. There are several reasons for this:

By only doing one or two jobs in the area they had no reference sites.

They had no constant supply of work

Jobs were not close together

Some of these will be looked at again later in the series.

Perhaps most importantly ABC created a feeding frenzy. As local people saw more and more drives looking great and knowing that they would never get this work at such a low price people were jumping on the bandwagon.

In fact it was more like watching Lemmings as one after another of the local drives were ripped up and replaced, leaving those who had resisted the temptation with noticeably shabby looking homes.

I know, like me you don’t lay block paving however throughout this story there are lessons that can be applied to almost any business and the spoils go to those who can make the connection and utilise the principles

I would stress that it is important to make a few brief notes and then think about them regularly I’m sure that you will find the key to applying them.